The crossroads of Creole and Cajun musicians 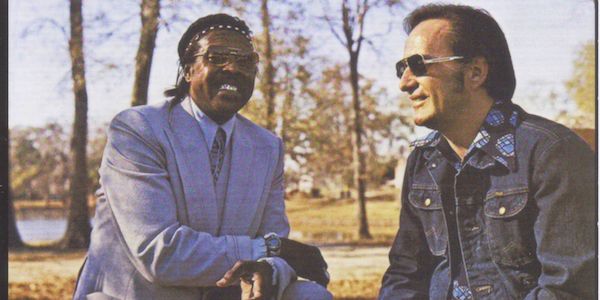 Photo: Clifton Chenier & Rod Bernard on the cover of Boogie in Black & White

They are two distinct art forms that are rooted in two very different cultures. And while it’s understandable that members of each culture would want to maintain their singular identity, crossing the barriers of white / black, fiddle / rubboard or French / Creole can be cathartic both musically and socially.

Over the last several decades musicians from both Louisiana sects have crossed those bridges and collaborated on recordings and at live shows. In fact, one of the first recordings of what would go on to become zydeco music is an archive of  Cajun fiddler Dennis McGee performing with Creole accordionist Amede Ardoin (you can listen to the snippet, recorded by Alan Lomax, here). Below you’ll find more instances of Creoles and Cajuns teaming up to celebrate the unique flavor of Louisiana roots music.

Next post: Richard’s Club and Boozoo Chavis: The Golden Age of Zydeco