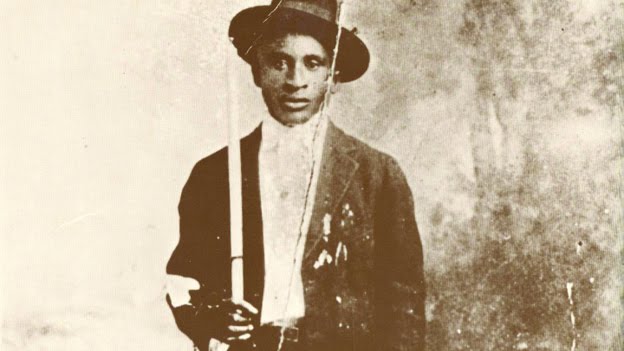 Zydeco is not Cajun music, despite what you may have heard in the media.

OK, repeat after me – black. Now, say this word – Creole.

Let’s put the word the words together – black Creole. Good. That didn’t hurt, did it?

If we can say the words “black Creole” and the world doesn’t explode, why are my brethren in the media afraid to do the same?

I bring this up because over the last week or so, I’ve come across media accounts, local and national, on zydeco. Nearly all describe zydeco as “Cajun music.”

To do so is to disrespect the black Creole people of southwest Louisiana who invented it, as well as Cajuns, who have worked hard to preserve French music.

Anyone who has waltzed to Cajun favorite Jackie Caillier at La Poussiere’s in Breaux Bridge, then bounced to Keith Frank’s zydeco beat at Richard’s Club in Lawtell knows there is a HUGE difference.

Simply put, Cajun music is the waltzes and two-steps played by the white descendants of the Acadians, who were exiled from Nova Scotia in the 1700s. Zydeco is the R&B-based accordion grooves of black Creoles.

Creole has 100 different definitions. But when it comes to zydeco, it refers to the descendants of slaves, free people of color and mixed-race people of this region.

Contrary to popular belief, Creoles also have a 300-year history in Louisiana. We just didn’t get off the boat.

Culturally, Cajuns and Creoles have borrowed and influenced one another over the years. It’s that colorful mix of music, food, language and culture that makes life here so delicious.

Our cultural gumbo is what keeps the media coming down here to cover us. You think they would bother to get it right. Cajun music is Cajun music and zydeco is zydeco.

Take, for example, Aaron Latham’s travel piece, “Zydeco Fever in Lafayette,” published May 30 in the New York Times. Latham’s article is a colorful, fun read as he describes his trips to a zydeco trail ride and several hot spots in what he describes as “music-mad, music-saturated cities.”

Latham calls Lafayette the birthplace of zydeco, a title usually given to Opelousas
and all the pioneers that have come from St. Landry Parish. But Latham really misses the mark when he describes zydeco as “a descendant of traditional Cajun music.”

An argument can be made that since so many Cajun pioneers copied Creole accordionist Amede Ardoin that Cajun music is a descendant of Creole music. But that’s another column.

Latham can easily be forgiven, especially when compared to some other reports.
Billboard Magazine, the bible of the music industry, wrote a review of Ann Savoy’s wonderful Creole Bred CD under the headline “Cajun Music Gets Its Due.” The reviewer obviously didn’t look at the cover of the disc, which clearly states “A Tribute to Creole & Zydeco.” Cajun music is never mentioned.

It makes you wonder how some people get such high-falutin’ jobs and make such glaring errors.

Say what? If zydeco is Cajun music, then what is Cajun music? Also, what is African blues?
I know the roots of blues go back to Africa, but isn’t it distinctly American?

The dictionary also defines “Da” as Cajun for “the,” “Dat” meaning “that”, “Dem” means “them” and “dis” translates to “this.” Maybe it’s just me, but isn’t this highly insulting? Sadly, these Bayou Pages were published right here in Lafayette.

But there is hope. I came across this at one newspaper’s Web site: “Zydeco is the black dance music of South West Louisiana which fuses old Creole tunes and rhythms with blues and soul and more recently funk and hip hop to create an infectious dance groove designed to fill the floors worldwide.”

Praise the Lord! Someone got it right. If there’s ever a definition of modern zydeco, that’s it.

Plus, they used the words “zydeco,” “black” and “Creole” in the same sentence.
No volcanoes erupted. No tidal waves have been reported. The sky didn’t burst into flames.

Guess what paper got it right? The Daily Post from North Wales in the United Kingdom.

Leave it to people outside of America to understand the nuances of American culture better than Americans.