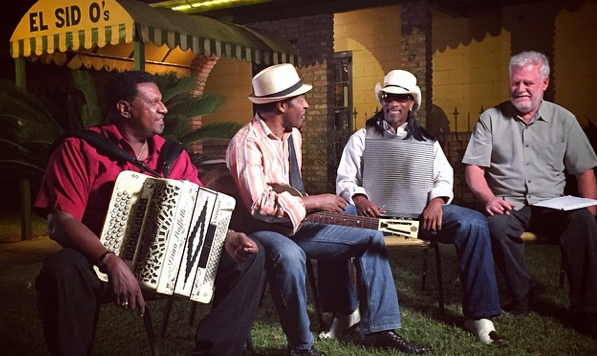 The official world premiere of Zydeco Crossroads: A Tale of Two Cities will take place at the Vermillionville Performance Center on October 13th in conjunction with the annual Cinema on the Bayou film festival.

The screening begins the culmination of our year-long cultural exchange project, presenting filmmaker Robert Mugge’s extensive exploration of Creole music and life in Louisiana. From The Advertiser:

Featured on National Public Radio, the film also includes interviews by “World Café” host David Dye with many of these musicians, as well as interviews with Sid Williams, owner of El Sido’s Zydeco and Blues Club in Lafayette, and zydeco music experts Herman Fuselier and Michael Tisserand.

While this event ends our time in Lafayette, zydeco fans in Philadelphia can join us on October 23rd and 24th for the finale weekend, featuring music performances, food and a local premiere of the film.