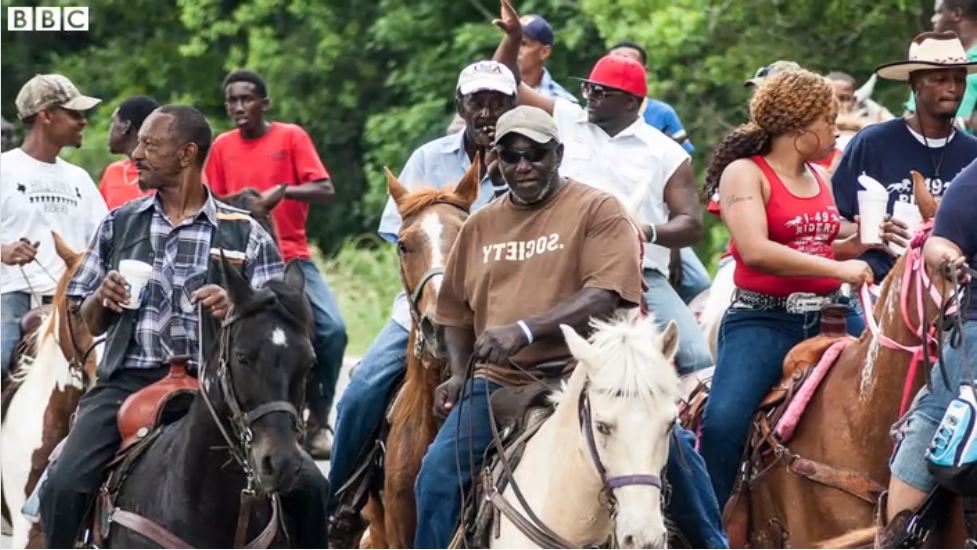 Opening with Herman Fuselier’s KRVS intro, BBC News’ new feature on zydeco digs into the Creole cowboy and trail ride traditions of Southwest Louisiana. They speak with trail ride participants like Jim Phillips, who describes the connection between zydeco music and horses:

How would I describe zydeco music…. When I try to explain to people, it’s different than other styles of music. Part of it is this sort of up and down movement with the knees, and that comes from the fact that this is a horse culture. So the guys that are playing and dancing zydeco music, quite often they’re coming off of a trail ride and they’re going to a party after a trail ride and they get right off of the horse onto the dance floor. So a lot of the movement and the feeling of that is, for me, part of this rural horse culture. it’s all about family, it’s fun, libations, and getting together, letting your hair down and if you think about it as coming out of a rural culture that is at the heart.

Watch a clip below and check out the full video here.