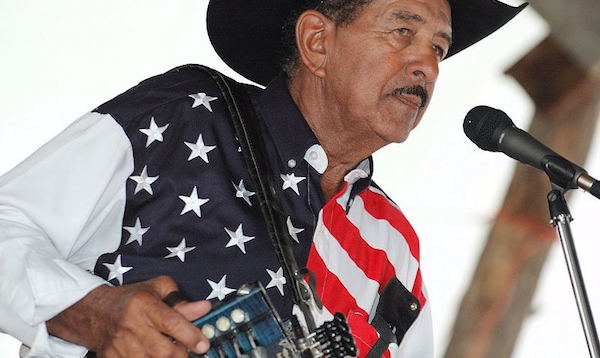 Willis Prudhomme was born in 1931 in Kinder, LA, one of twelve children.  A farmer, Prudhomme played harmonica while riding his tractor in the fields.  The Prudhommes are a musical Creole family; his brothers Charles and Joseph were in John Delafose’s band, the Eunice Playboys. Prudhomme’s own began his musical career drumming for Leo Thomas from 1975 to 1984, before taking up the accordion and forming his own band, the Zydeco Express.  He had local hits with “My woman is a salty dog,” “Zydeco queen” and “Cornbread,” later a huge song for Beau Jocque.

His songs are mostly English-language two-steps, with a steady, moderate tempo, like a horse’s trot, and his lyrics often refer to living in the country.  He plays a “wet tuning” accordion, common in zydeco, with reeds adjusted to play a slightly smeared note, rather than a pure one. Prudhomme performs “Zydeco queen” in the 1992 John Sayles film “Passion Fish” at a crowded outdoor church fair.  In 2013, Prudhomme received the Richard J. Catalon Creole Heritage Award, though he rarely plays in public today.