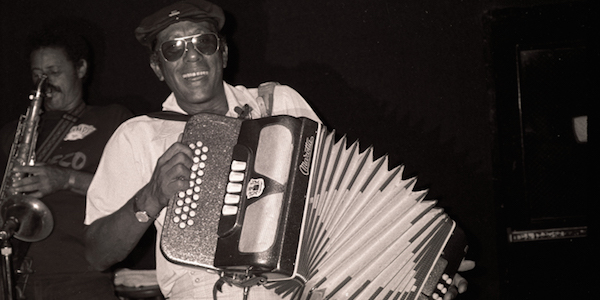 Born to a family of sharecroppers in Carencro, Louisiana in 1940, the late Fernest Arceneaux learned accordion early.  He later dropped it and took up the guitar, playing rhythm & blues.  Legend says that Clifton Chenier himself persuaded Arceneaux to go back to the accordion. He played mostly triple-row accordion, smaller than the piano key type.

A European music fan travelling through south Louisiana so enjoyed Fernest and his band the Thunders that he persuaded Arceneaux to record and tour Europe in 1979. Later he recorded with Chenier alumni John Hart and Paul “Lil’ Buck” Senegal, and Chester Chevalier and Clarence “Jockey” Etienne, the core of the Creole Zydeco Farmers.

His music crosses over from blues to rhythm & blues to zydeco.  He recorded for a variety of labels, including JSP Records in London, Crowley-based Blues Unlimited, and New Orleans-based Mardi Gras Records. Zydeco musician Corey Arceneaux is his nephew.