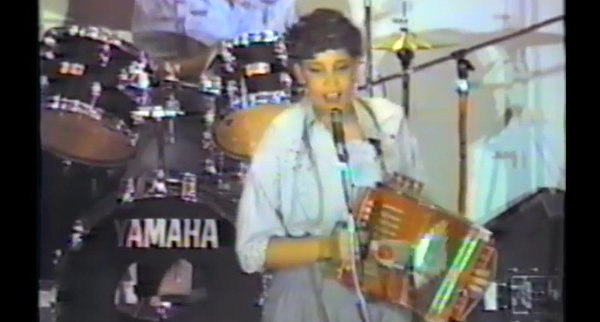 Goodly’s public career was relatively short, extending from the middle 1980s to the early 1990s.  She was self-taught by age nine using her father’s accordion and recorded her first single for Rockin’ Sydney’s ZBC Records at age eleven. The Maison de Soul label issued her only album in 1990 when she was 18 years old. Her backup band was the racially-mixed Zydeco Brothers.  Her track “Zydeco Stomp” is the theme song and name of the excellent and well-known weekly music program produced by Herman Fuselier.  Goodly played the New Orleans Jazz and Heritage Festival in 1991 and 1993, the Jambalaya Jam in Philadelphia, the Louisiana Folklife Festival, and toured the U.S. and Western Europe before retiring to care for her daughter.