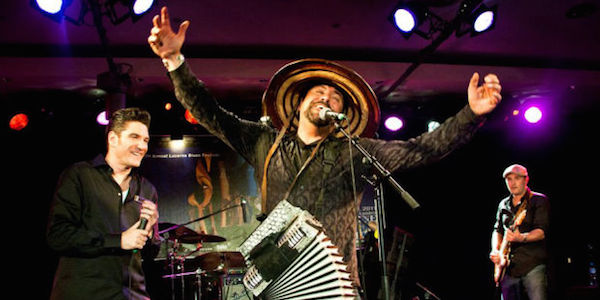 In Philadelphia “la la means I love you” but in Louisiana it means zydeco.

In a recent interview with Daily World, Creole musician Terrance Simien discussed the heritage of the term “zydeco,” which was known as “la la music” in the early twentieth century, and a few theories about the term’s origination.  From Daily World:

“Folklore says [zydeco] originated from ‘les haricots sont pas sale,’ a song by Clifton Chenier meaning ‘the snap beans are not salty,'” Simien said as he reclined in a chair.

It is a phrase about hard times, when a family couldn’t afford even a tiny piece of salted fatback to flavor their beans.

The musician doesn’t buy into the “snap beans” theory, even though he says the phrase sheds light on the economic hardships earlier generations of Creoles faced.

He’s more intrigued with zydeco’s African connections. Simien said that when was performing in Congo, a woman approached him and said, “It sounds like the African phrase for dance, ‘zai’co laga laga, zariko, zari.”

He believes it’s possible that the phrase morphed into zydeco.

Next post: Rosie Ledet coming for a potluck dance party on December 13