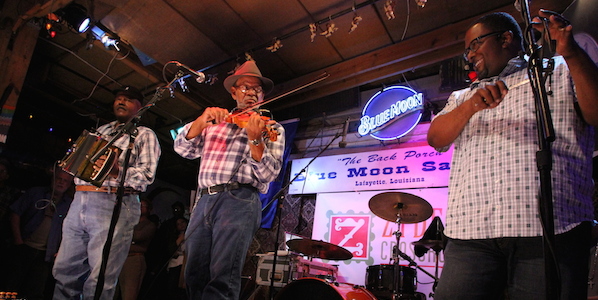 On October 30th, 2014, Creole United kicked off the Zydeco Crossroads project with a live performance at the Blue Moon Saloon in Lafayette, Louisiana. Led by Sean Ardoin and Andre Thierry, the band played a set of songs from their fantastic debut album, Non Jamais Fait. Click on “Launch Player” button to listen to the concert below, and check out the photo gallery from the evening.

Next post: Put on your boots: The five best Zydeco dancing videos