Herman Fuselier on the history and future of Zydeco 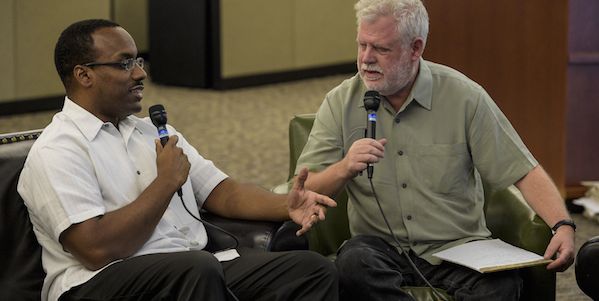 Dye and the World Cafe team sampled as much Cajun and Creole culture as they could on their week long trip. It was a week filled with music and conversations with Michael Doucet of the eminent Cajun band Beausoliel, Royal Teeth, Lost Bayou Ramblers, C.J. Chenier, Sonny Landreth, and more. Dye also talked with Herman Fusilier, host of Zydeco Stomp on KRVS Radio Acadie, and one of Zydeco Crossroads’ contributors, about the history and future of Zydeco. Dye called Herman “the hardest working man in Zydeco, who is not a musician.” Learn more about Fuselier and hear his thoughts on a music scene he is an expert on. Listen to the interview below.

Next post: Michael Tisserand on the difference between Zydeco and Cajun music in roots and purpose